What the Hell is the Brown Couch and 4ZzZFM Anyway ?!

“Welcome listeners from across the country across the tasman, aaannnnnd most importantly right across Brisbane and the greater south east. You are listening to The Brown Couch on Community Radio Four Tripple Zed 102.1fm Brisbane. So sit down ,subscribe and hold on while we take you away to the land of happiness.” 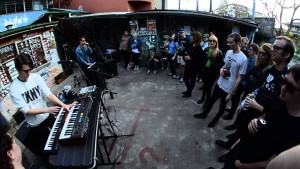 Simon the Seagull and Paulie Drunken will carry you away from the stresses of the day and keep you glued to the radio and entertained as they play mainly local music in all of its forms, cook for you, take you fishing and most importantly take your requests and dedications.

4zzz Brown Couch – Crazy Radio Made for you Every Thursde Arvo

4ZzZFM (pronounced “Four Triple Zed” or simply “Triple Zed”) is an independent community radio station operating in Brisbane, Queensland, Australia, at the frequency 102.1 FM. The station broadcasts to much of South-East Queensland, parts of Northern NSW and web streams from its website.

4ZzZFM was established to provide a radical alternative to mainstream news, to promote a sense of engagement and activism in community life and to promote Australian music.

4ZzZFM began transmission on 8 December 1975 as the first FM community broadcaster in Brisbane transmitting in stereo.

How to Make a Request?

It’s Easy.. Make one at any time you want